Here’s a list of some of my favorite looks from the Met Gala 2019, One of the Fashion’s biggest and anticipated events of the year. This year’s theme was “Camp: Notes on Fashion“. Inspired by Susan Sontag’s 1964 essay. It’s the love of the unnatural: of artifice and exaggeration.

Zendaya is wearing Tommy Hilfiger as her Stylist Law Roach recreates the scene in Cinderella where her dress expands and lights up while holding her customized carriage clutch with a “Z” sequinned on the front. Zendaya ends this moment by walking up the Met’s stairs and leaving her glass slipper on the pink carpet. Iconic. 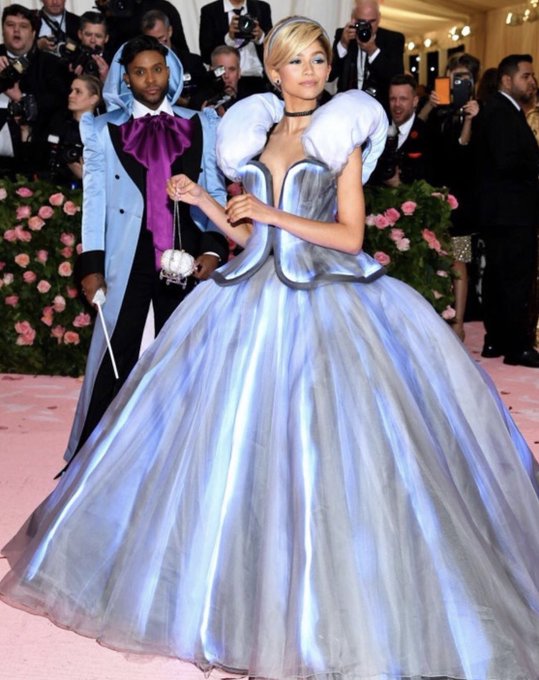 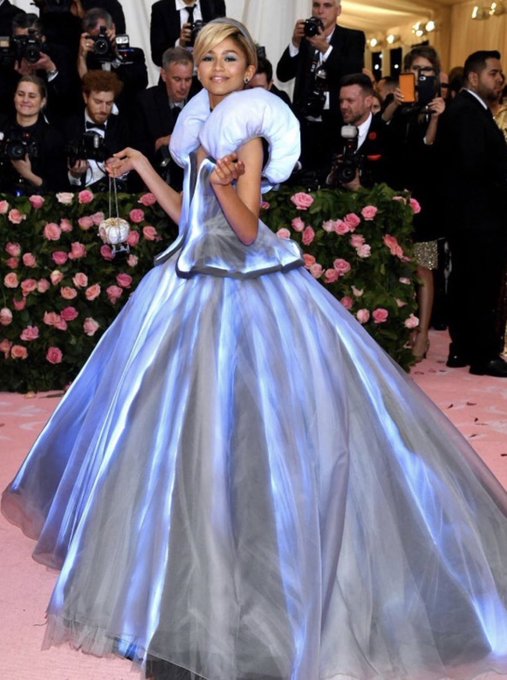 Lady Gaga started the Met with a show. 4 outfit changes all in one pink gown! 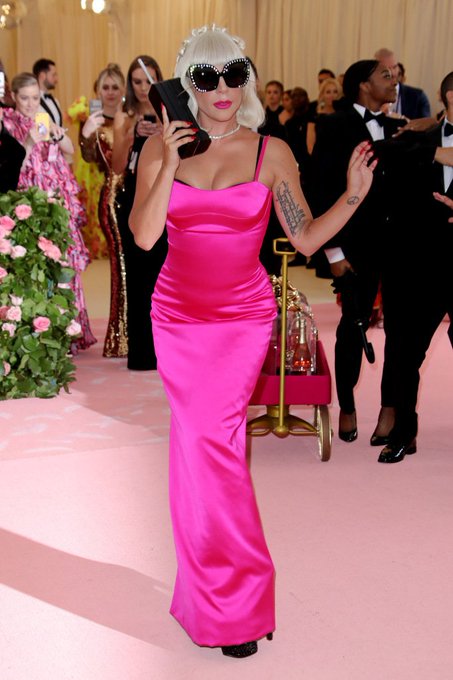 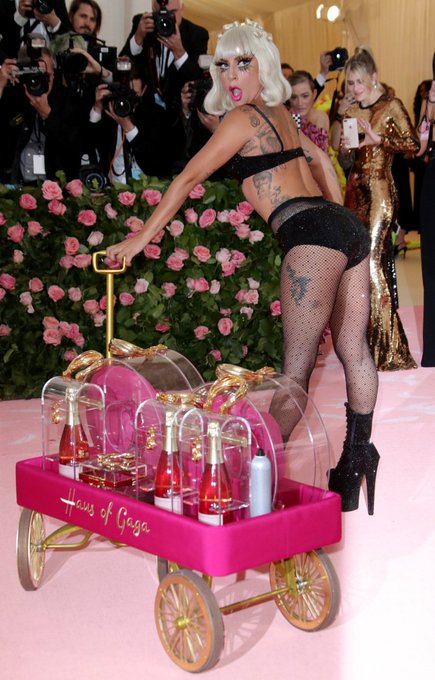 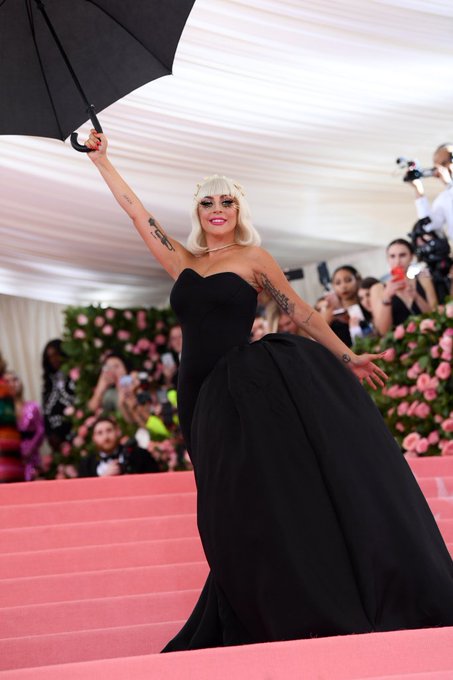 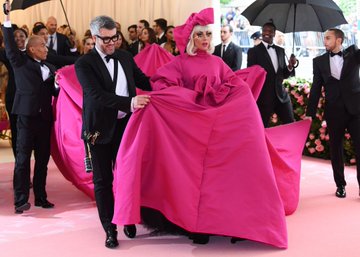 this is INSANE! the power of fashion #MetGala pic.twitter.com/fyx0VtD5ot

Billy Porter has taken risks on every red carpet actually challenging the standards of what every male is expected to wear and that many others try to do but he always takes it to the next level. From his extravagant and iconic entrance with his entourage carrying him in a royal style on the carpet to the gold wings flowing on his costume. 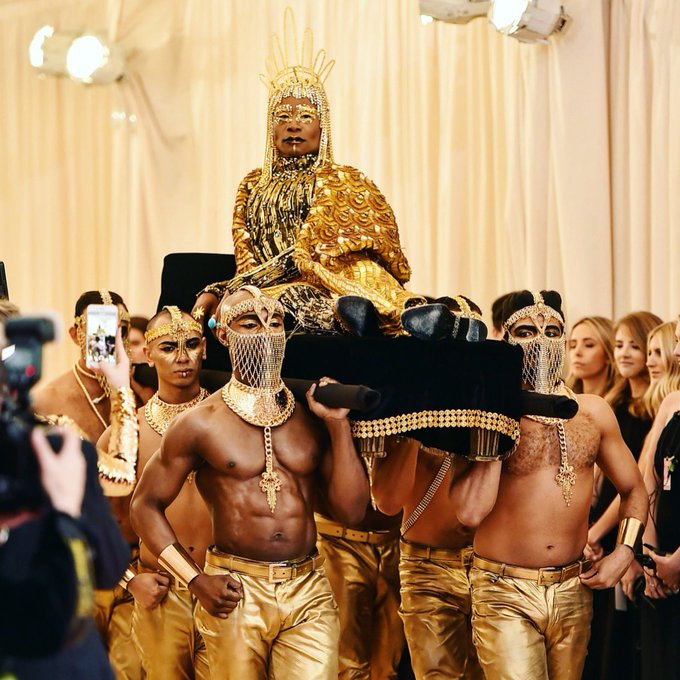 The Category Is: Old Testament Realness.

Ciara’s look was very “Camp”. It reminded me of the movie ‘The Wiz”, specifically the scene where they arrive in Emerald City and everyone is dancing and singing in their most extravagant and extra attire. She describes her look as “Camp Glam” with a 70’s Vibe. 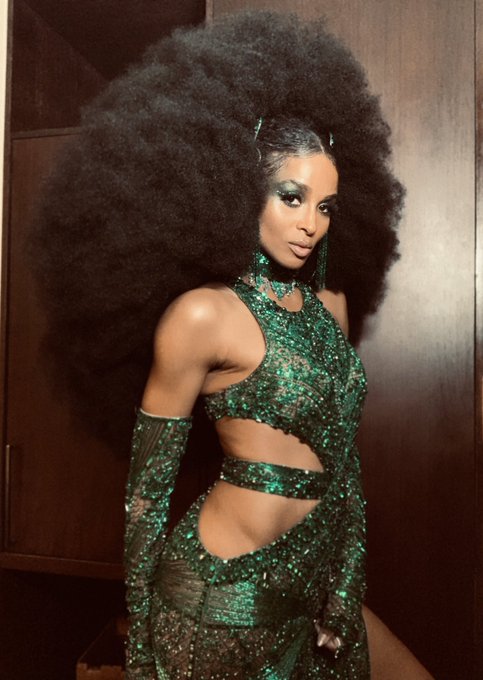 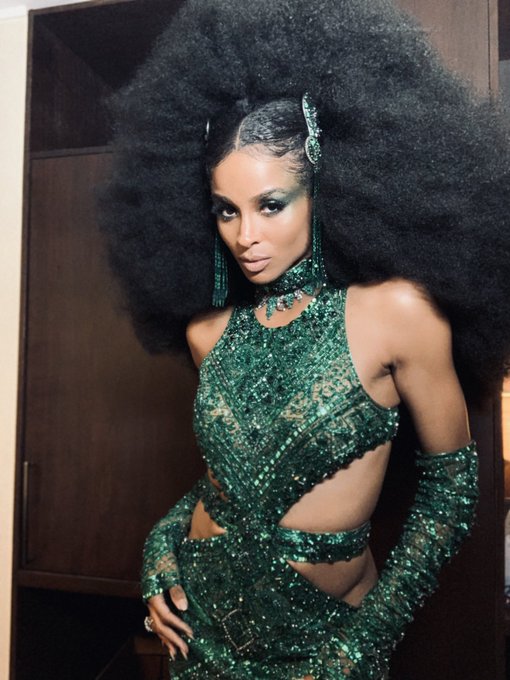 Every year the legendary supermodel is always best dressed no matter what the theme. This time her dress and lace tights perfectly matched the pink carpet while her train of feathers flowed down as she walked just like on the runway. 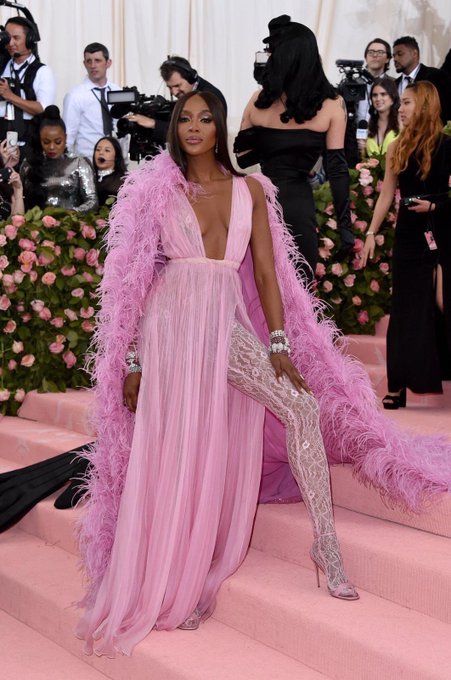 Lupita’s look and makeup were the most creative. Everything from the gold afro picks in her hair to the bright neon colors on her shoulder piece that matched her accessories. It completely stood out on the carpet. 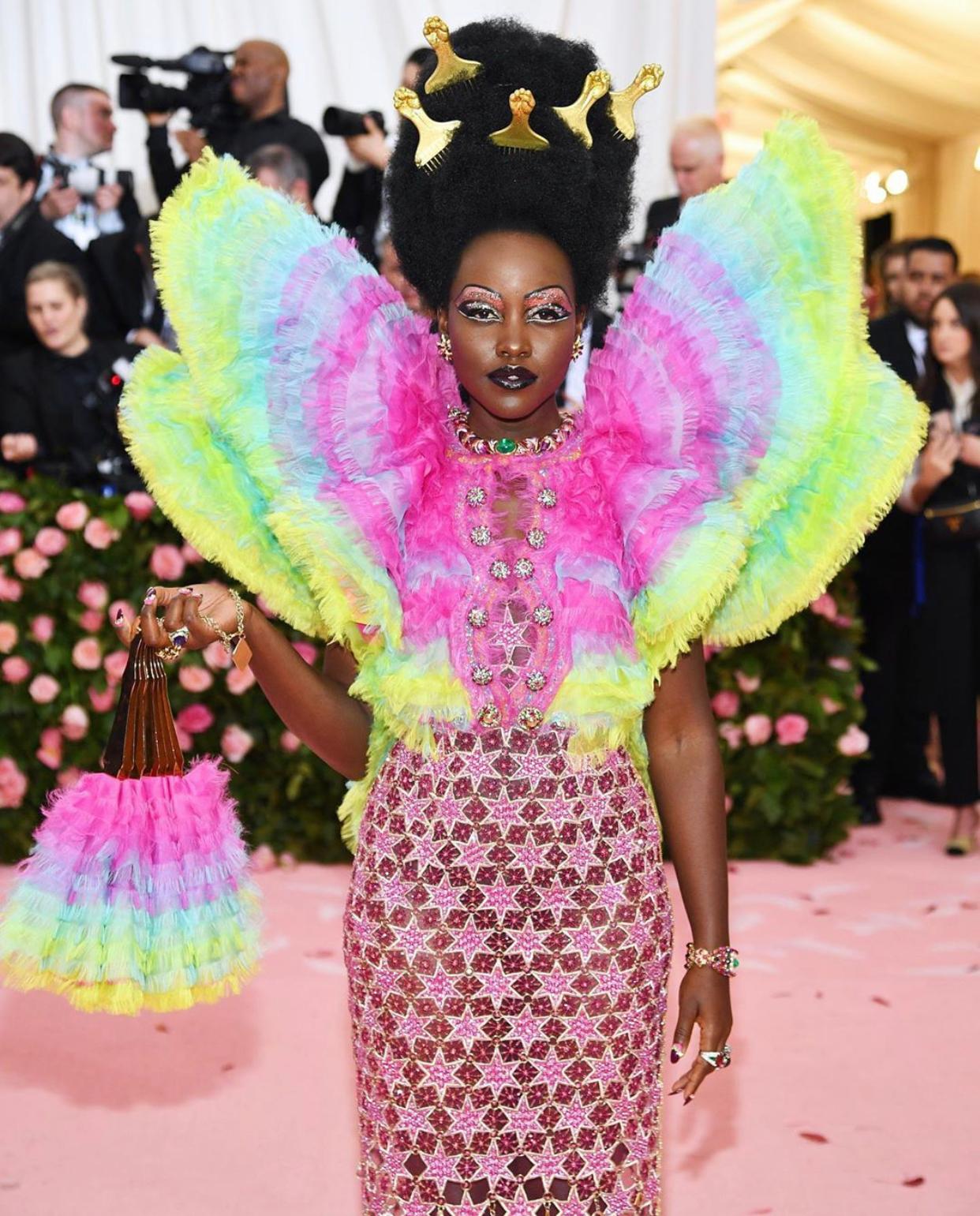 Tracee’s look was one of my favorites not only because of the frame the made her look like art but the historical significance behind it. It’s an ode to Harlem and the African American day parade where people used to dress with frames around their face. More mentioned below! 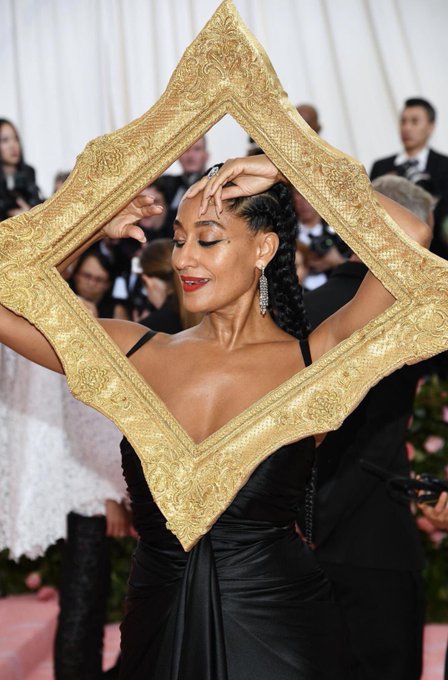 So cultural nuance of @TraceeEllisRoss’ look – People used to show up to the African American Day parade in Harlem with frames around their faces! Lorraine O’Grady’s ‘Art Is’ movement. 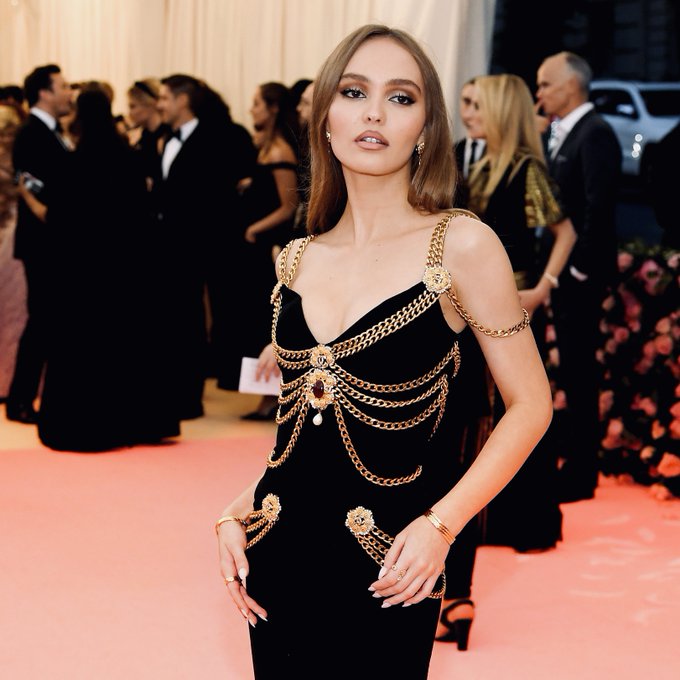 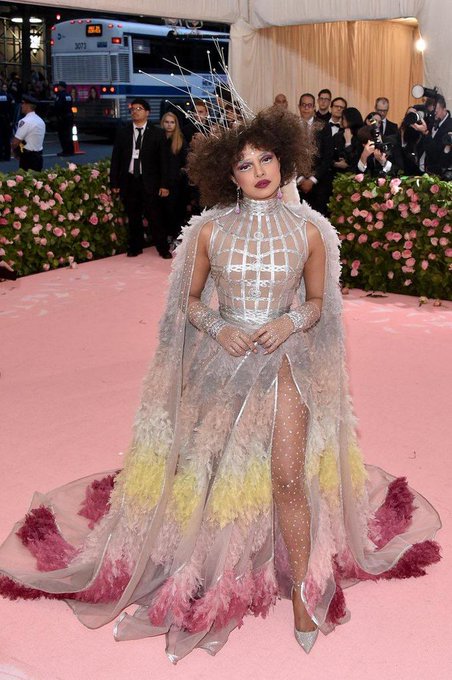 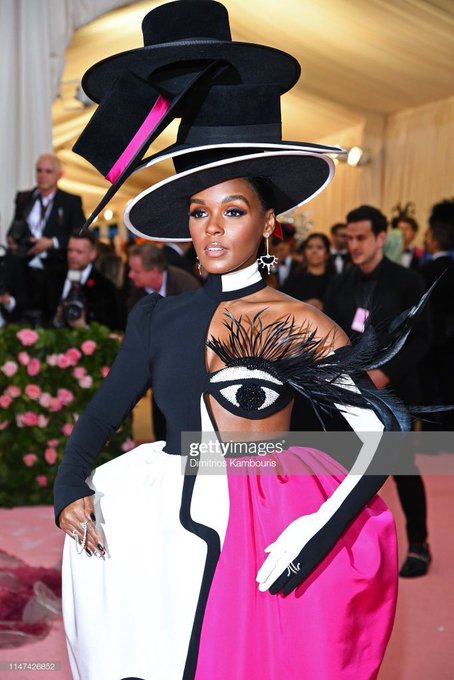 I love this woman so much!!! #janellemonae #metgala #metball #camp 🖤💕🖤💕🖤💕 pic.twitter.com/QB4ej6yeW7 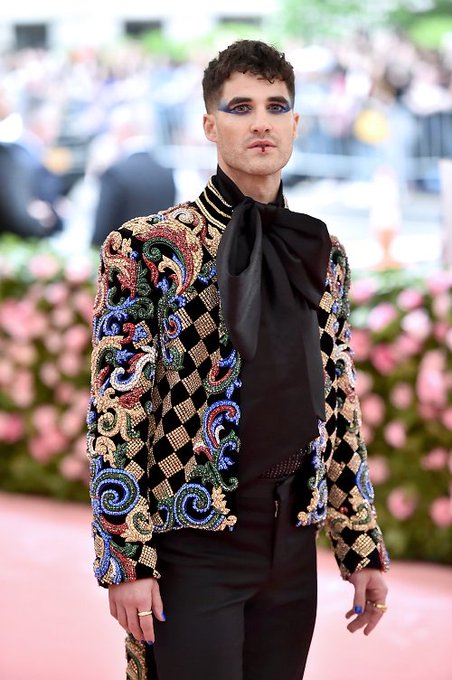 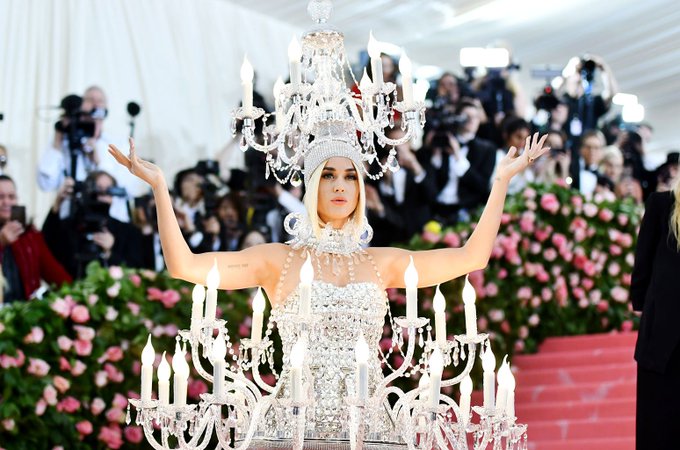 Katy Perry at the 2019 #MetGala pic.twitter.com/yPufSxnkrM 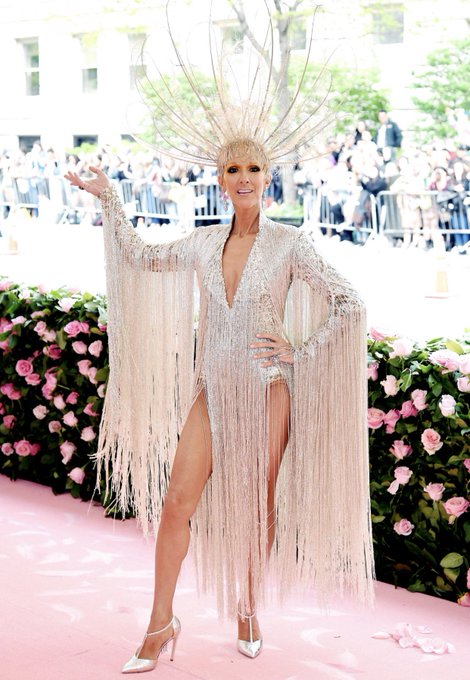 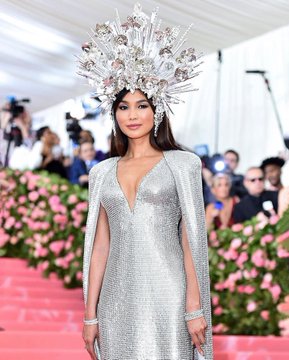 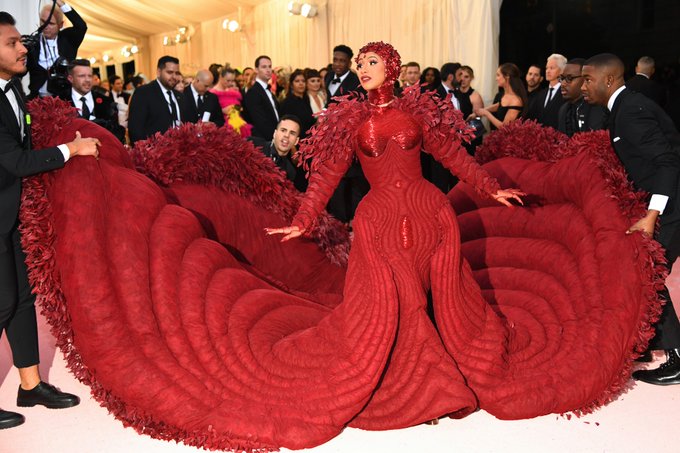 Cardi B has arrived #MetGala pic.twitter.com/htwUxnDNxo

What were some of your favorite looks?

the essentials 💞
Ashley was always a mood ✨
okay these are looks 😍
thought this shirt was cute 😊
same, carrie.
Kimora Lee Simmons for her legendary brand, Baby Phat. 💋
Advertisements
Advertisements